«You have power, you can change the world. Art is the soil that nurtures the will of youth. Clubs and parties are art, so as DJs, it’s our role to provide that environment.»
byNoa

Vent, Contact, and Tokyo underground venues. Vent (@vent.tokyo) is one of the representative clubs in Tokyo, I’m very fond of it because it’s a place where I have been given many opportunities as a DJ. It’s in Vent where I shared the lineup with DJs that I admire such as Steve Bicknell and Scuba, and where I organize my FUSION and PARNASSUS parties.

Vent’s incredible sound system brings out the potential of DJs, for better or for worse. It exposes our weaknesses but takes us to another dimension when everything goes well. You can learn a lot there, I’m always nervous when I DJ at Vent!

What got you started as a DJ?

I was a record collector. A friend asked me if I would like to DJ at the party he was organizing. My first style was based on mixing with vinyl records of noise, post-punk, trip-hop, and minimal dub and give the session an abstract touch. I played in clubs like Bullet’s, Module or Air, but after a few years I stopped DJing. I resumed my DJ career four years ago, when I moved to Tokyo.

How did you choose your DJ name, what do you want to express with it?

At 18 I organized a series of noise and experimental music events in which I brought together young producers to improve our skills. They were very experimental events: between us, we remixed each other’s songs and distributed them. It was an unforgettable experience! The event was called mu”he, inspired by the German word Mühe, which means ‘effort, difficulty, annoyance.’ I liked its sound and that nuance of indifference.

After that the crew got separated, some went abroad, some went back to their hometown, some started their own journeys… and when I resumed my career as a DJ, I wanted my name to remind them of that moment we shared.

You mentioned your PARNASSUS party, which you host at Vent. Is it true that the last one was so incredible that you decided to take a break?

PARNASSUS is a party based on the concept of universality and diversity. Last time KA4U and DJ Fulltono from Osaka participated, and young DJs playing different genres of hardcore rave, juke / footwork …

They all impressed me by taking their performances to a different dimension. The music of these genres is not usually present in big clubs, I think it was a step forward to be able to celebrate such a party in Vent.

Many young people who did not usually go to Vent were there that day, the dance floor had more energy than usual, it seemed like a different club. The sound system also sounded different than when I played techno, I think I was able to maximize its potential.

I am very grateful to Vent for the opportunity, our goal is to have this party on a regular basis, but there is a lot to think about in business terms to be able to do it in a club this big. We are planning a new party with a different concept. I think we will be able to offer an interesting experience soon!

What do you feel when you DJ and what do you want the audience to feel?

In clubs and parties, the mind and the body come face to face with the music, we liberate ourselves through dance and musical and emotional combinations: joy, sadness, anger, loneliness, positive thoughts … I think it’s the DJ’s job to sublimate this experience.

When I’m on the dance floor, this is what I want to feel. When I’m the DJ, I may seem calm because what I want is not for people to look into the DJ booth, but to be aware of the movements of their own body and the vibrations of their own soul. I want you to turn around! The main character in the club has to be the listener.

I’ve always liked discovering underground producers, I use a lot of mp3 tracks from amateur producers. I also try to always use new songs, not reusing them can make a difference.

I want attendees to enjoy dancing to various styles of music. I don’t play any genre or style, I think of music to surprise. I also like to ignore the BPM rules and play weird remixes of old hymns and famous songs. As a DJ I seek to generate unpredictable emotions.

What musicians, DJs, artists or places inspire you as a DJ?

Berlin is a special city for me. I visit it every year. There are always a lot of unforgettable parties, both in huge clubs and underground venues, illegal raves, Berghain… Berlin is always in my heart, I plan to return as soon as the pandemic is over. If anyone reads this and wants to book me in Europe, please contact me!

One party where you DJed that you’ll never forget.

In 2019 I DJed in a big party in Berlin called STAUB, at the club ://about blank. It was a 3 hour set in the lobby room. By the end, the hallway had filled up and the applause didn’t stop! Nowhere else have I received such a show of respect after DJing.

Your mixes have featured in radios and magazines from different parts of the world. How have you built this international connection?

When the pandemic started last year, I decided to stop DJing live and start recording mixes. Talking with friends about the subject, they put me in contact with labels, podcasts …

Since March 2020 I have participated in more than 20 podcasts from more than 15 cities. I really appreciate that they have taken me into account. These activities have had a very positive effect on my way of relating to music.

You have performed at protest parties or parties with strong statements as Waifu, SLICK or Local World. How can DJs have a positive impact on a better world today? What is the role of the DJ in our generation?

In June of last year, I released a mix on the Toronto Philthtrax label. It was a one-hour mix that featured only dance music by African American producers and music released by Philthtrax. It was shortly after George Floyd’s death. It was not an incident that occured in a different world. All of us — especially those of us who benefit from black culture — should think about what we can do.

I wanted to make an opportunity to think about it and appeal to how we were influenced by black culture. At the same time, I made donations to support groups like The Bail Project and participated in the Black Lives Matter protest march in Tokyo.

The important thing is to act. To participate in protests, to share current news, and also it’s nice to do artistic activities. History needs young people who question politics and customs, who communicate their discomfort, who resist being exploited and discriminated against.

You have power, you can change the world. Art is the soil that nurtures the will of youth. Clubs and parties are art, so as DJs, it’s our role to provide that environment. 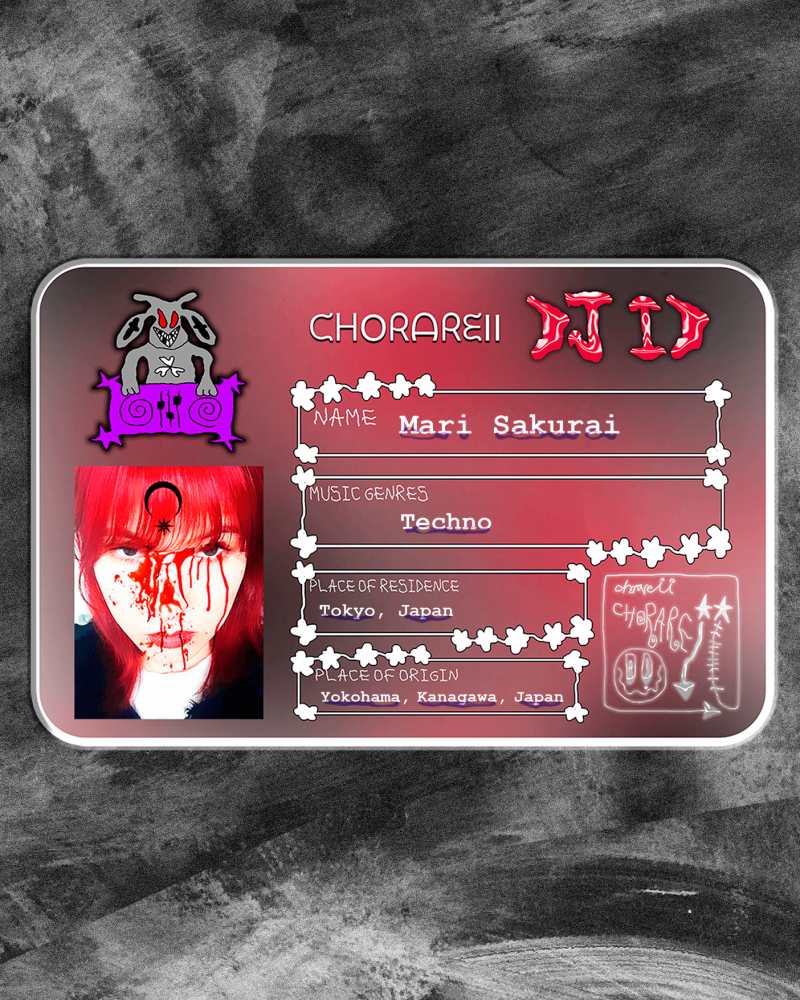 «Every party is held with the desire to have a "fun party", but in order to make people feel that, what exactly can we do other than playing good music?» 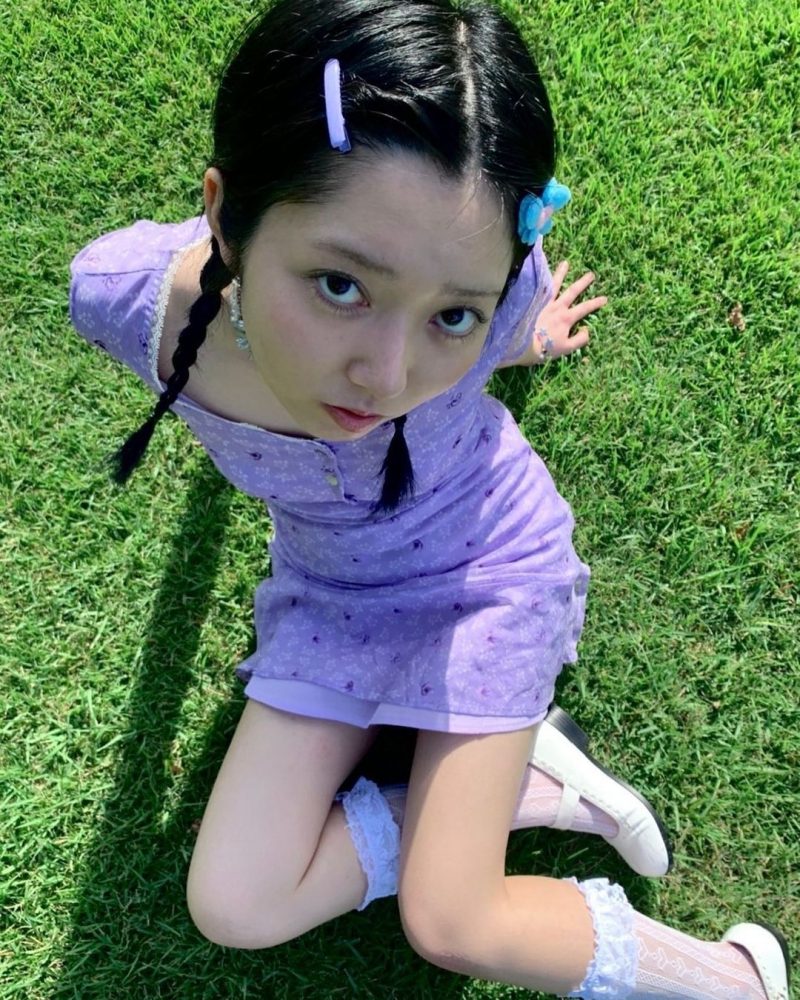 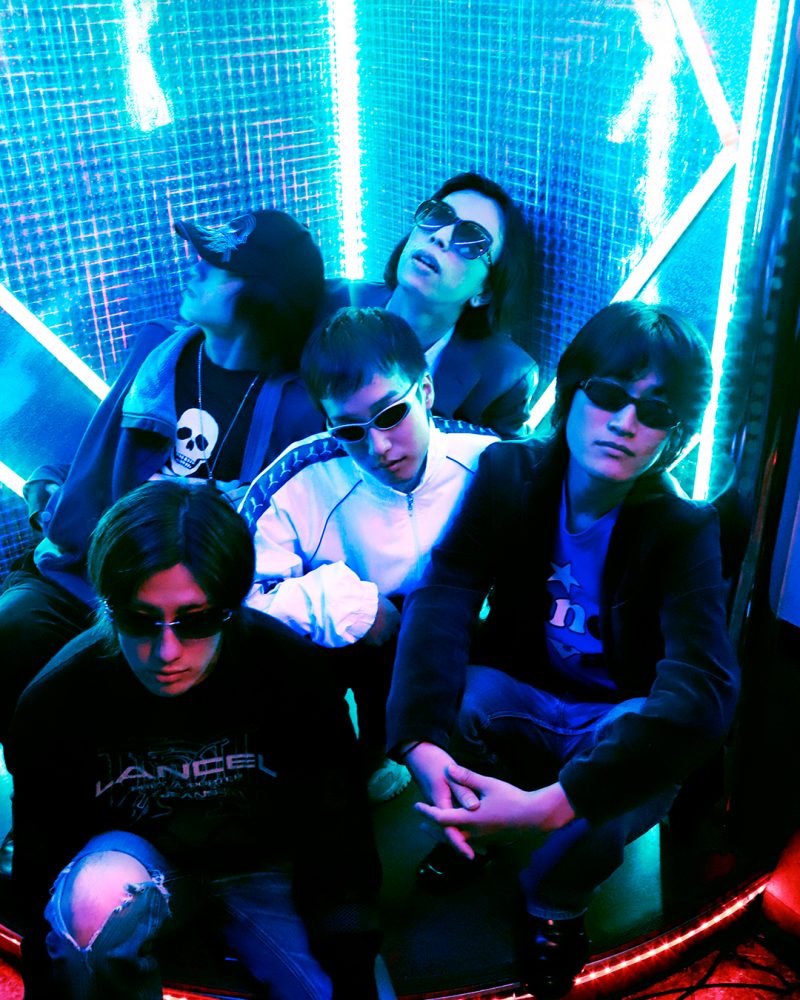 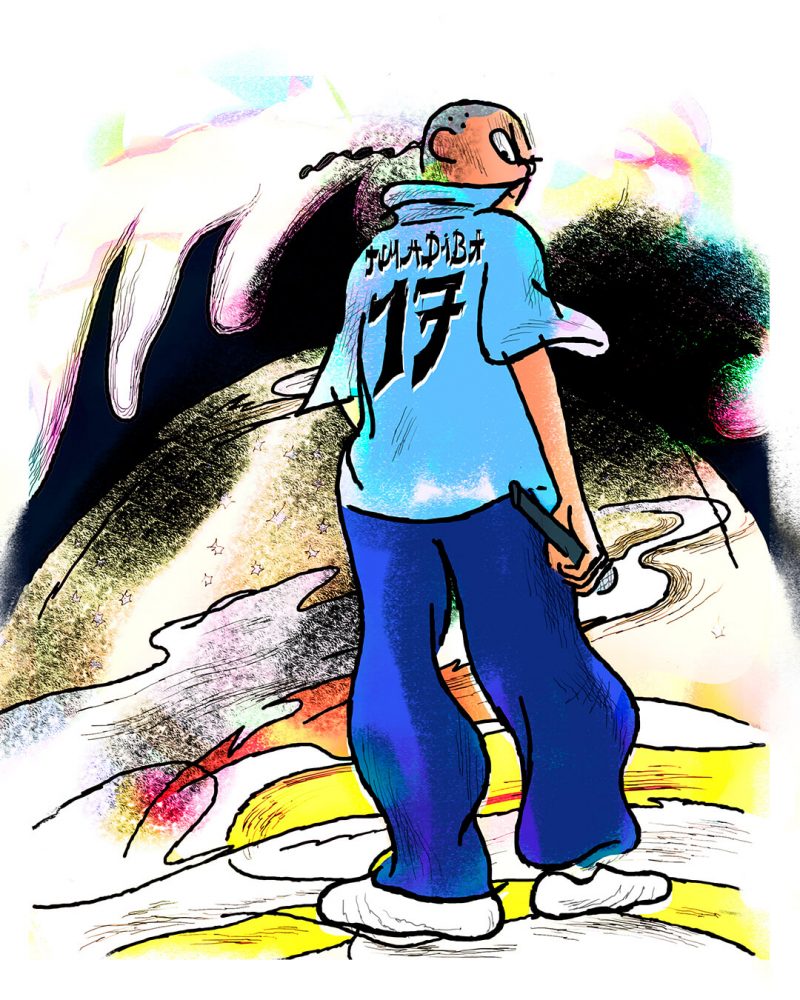