Created by members of the Tokyo hardcore-punk scene, Discipline is a party that was born to bring together artists and fans of different musical genres with an alternative vision.
byNoa

The first time I went to the Discipline party (@discipline_tyo) I didn’t even know it was a party, or that it was called Discipline, or anything else. I met by chance the band Soiled Hate, it seemed to me that their live show could be brutal (it was) and that day they were playing, so I went.

My first shock was how far away the venue was, a place called BUSHBASH in Koiwa, almost outside of Tokyo. “Punk gigs are always held in unusual places,” I thought. That’s what I was expecting to see, some “punk gigs”.

In Barcelona, the city where I lived before Tokyo, I was close to the punk scene because of my friends. However, I never considered myself “as punk” as them because a lot of the music I listened to had nothing to do with punk. I always felt a bit of an outsider, and I thought the same thing would happen that day at Discipline. That’s when my second shock came.

Discipline had punk gigs, but also hip hop lives, electronic music sessions, pop, experimental music… everything at the same party. I realized that I was not an outsider, nor was anyone else there. I felt that at that party you could be who you are no matter if you like one thing, or the other, or a little bit of everything. Without realizing it, I learned firsthand what Discipline was.

Chorareii: Tell me about Discipline!

SHV from Discipline: Discipline (@discipline_tyo) is a party that I, SHV (KLONNS), and Hikari Sakashita (who left Discipline in September 2020) started at Koiwa BUSHBASH in December 2017. We wanted to create a space where all genres of music such as hardcore punk, hip-hop, electronic music, noise, etc. are presented in parallel and coexist.

Since 2021, the party has been held in Koiwa BUSHBASH on the fourth Saturday of even-numbered months.

Who are the members of the Discipline team?

Many of us were originally involved in the hardcore scene. Currently, the Discipline members are SHV (KLONNS), Keigo Kurematsu who is in charge of graphic design, Pueru (former member of Granule), 1797071 (Ms.Machine), LSTNGT, TIDEPOOL (IN THE SUN), CVLTSL4VE (MOONSCAPE), Ray Uninog, and Golpe Mortal.

Why did you decide to start Discipline, and why did you want to include artists from different genres?

Both founders, Hikari and I, love hardcore punk. We both had our own bands, KLONNS and Granule, but we also grew up with electronic music, hip hop, noise, experimental music… the list goes on and on.

We wanted to organize a release party for a split between our two bands. Eventually, we decided to start a party that would continue on an ongoing basis. The idea of creating a space where all kinds of music could cross over was not something special, but rather a natural idea.

It seems to me that people who organize parties usually have a lot of previous experience going to parties. Did other parties influence Discipline?

Although I wasn’t able to experience it because of my age, there was a genre-less festival called “RAW LIFE” in Japan in the 2000s. I think that in the Japanese underground, crossing over genres and connecting with each other has always been a normal thing.

My friends from the same generation, Ultrafog, Mari Sakurai, and others, started an electronic music party called “IN HA” at Forestlimit around 2014. I had only ever been in a band, so I was excited to find out that there were people of my generation who were making and playing electronic music. I thought it would be fun to play together.

Also, at the time, Big Love Records in Harajuku was pushing not only indie pop and dance music, but also underground music such as hardcore punk, post-punk, industrial, and black metal. I met LSTNGT at an event organized by Big Love.

Discipline became a regular event in January 2019, and the party K/A/T/O MASSACRE was a big influence on that. By making it regular on a fixed day of the week, he wanted to make it a place where people could casually go when they had free time, regardless of what genre the party is or what bands are playing.

I was also inspired by the monthly “BLOCK” party held by KiDNATHAN (now TYOSiN) and others at Ikebukuro BED, which focused on the new generation of hip-hop such as trap and cloud rap.

The name of the event is “Discipline,” but the party atmosphere is the exact opposite, easy-going and mosh-pit crazy. Why this name?

When I was in high school, I saw a live video of Throbbing Gristle’s song “Discipline” on YouTube, and I was shocked by the performance and the atmosphere of the live venue, which was radical, bleak, and unusually hot all at the same time.

I also thought that the music scene of the 2010s was characterized by a revival of the 1980s, so I decided to go with Discipline because I thought it would be a good fit with the current trends.

In addition, I feel in many aspects of my life that discrimination and eugenics still persist in Japan, and I think that if we stop thinking about it, we will become complicit.

How do you choose the lineup for your events? What makes an artist a good fit to play at Discipline?

Each member of the team calls out to people they have met or learned about through their frequent nightlife. Also, lately, I’ve been finding that a lot of people I used to know through my band activities have started new projects. For example, Efeewma, who makes tracks for Yoyou, and Big Animal Theory, who used to be in a straight edge hardcore band. I get inspired by these fresh movements and offer them to perform.

There is no consistency in the musical style of the performers. However, whether or not the artist has an open mind is one of the most important factors in making an offer. I am also conscious of involving a wide range of age groups.

Discipline takes place at BUSHBASH live house in Koiwa. What is your connection to it?

BUSHBASH was a live house where KLONNS often performed, and it’s an important place that holds a lot of personal memories for me. The staff is friendly and helpful, and the combination of a live floor with excellent acoustics and a large, spacious bar/lounge makes it the best place for a party like Discipline, where hardcore punk and club music cross over.

BUSHBASH is not just a live music venue, it is also a record store and vegan food provider, and is open to people with a variety of values. Like BUSHBASH, Discipline does not tolerate discrimination of any kind and is opposed to the neoliberalism that pervades Japanese society.

It would be difficult to create an event where people of all genders, nationalities, and ages could hang out in peace without the cooperation of the venue as well as the party organizers. Everyone who participates in a party must think about their values.

You are organizing a new party at Spread in Shimokitazawa. How is it different from Discipline?

This January 2022, we have launched a new party line called “Koku” at Spread in Shimokitazawa. The concept of this party is to have techno, punk, and noise deeply intertwined and to dance harder during the night hours. We plan to hold these parties on an irregular basis, so please come and join us!

Is Tokyo a good place to plan a music event?

It’s not just about Tokyo, you should always assume that there is an interesting world outside of your own perception. Within a single city like Tokyo, there are always multiple trends. I think you can enjoy the city of Tokyo more if you keep your antennae wide open.

Discipline is now also a music label. Could you tell me more about that?

We had been releasing compilation albums, craft beer, T-shirts, etc., but in September 2021 we started a full-fledged music label called Discipline Production. The label is run by myself and Keigo Kurematsu.

So far, we’ve released Dead Bitch’s EP, KLONNS and Soiled Hate’s split EP, and Zaiden’s album on cassette tape. You can listen to them digitally, of course, but we insist on physical releases, so we hope you’ll get a physical copy. The cassette tapes are available at many great stores around Japan. We’re planning to release several more titles this year, so please keep checking back!

Many of us realized how relevant parties and events are in our lives when they stopped because of the pandemic. Why do you think it is important for a society to organize parties and music events?

By going to parties and events, getting involved with others, and sharing music and ideas with the people there, I think a loose community is formed. I myself have been helped by this community, I have grown and learned not only about music, but also about society, values, and ethics.

The situation with COVID-19 also made me think about the fact that in Japanese society, music and the arts are considered to be mere entertainment or something not serious, when in fact they are the work of many people. I think this is one of the reasons why the Japanese government’s sloppy measures against coronavirus have resulted in inadequate compensations, and why clubs and live music venues have been overly criticized as breeding grounds for the coronavirus.

I don’t make my living from music, but many people in the industry have lost their jobs due to the coronavirus. Under these circumstances, I think it is necessary for each of us to think about what we can do to keep the light of culture alive and act accordingly.

Check out information about Discipline’s upcoming parties and releases and follow the project on social media. 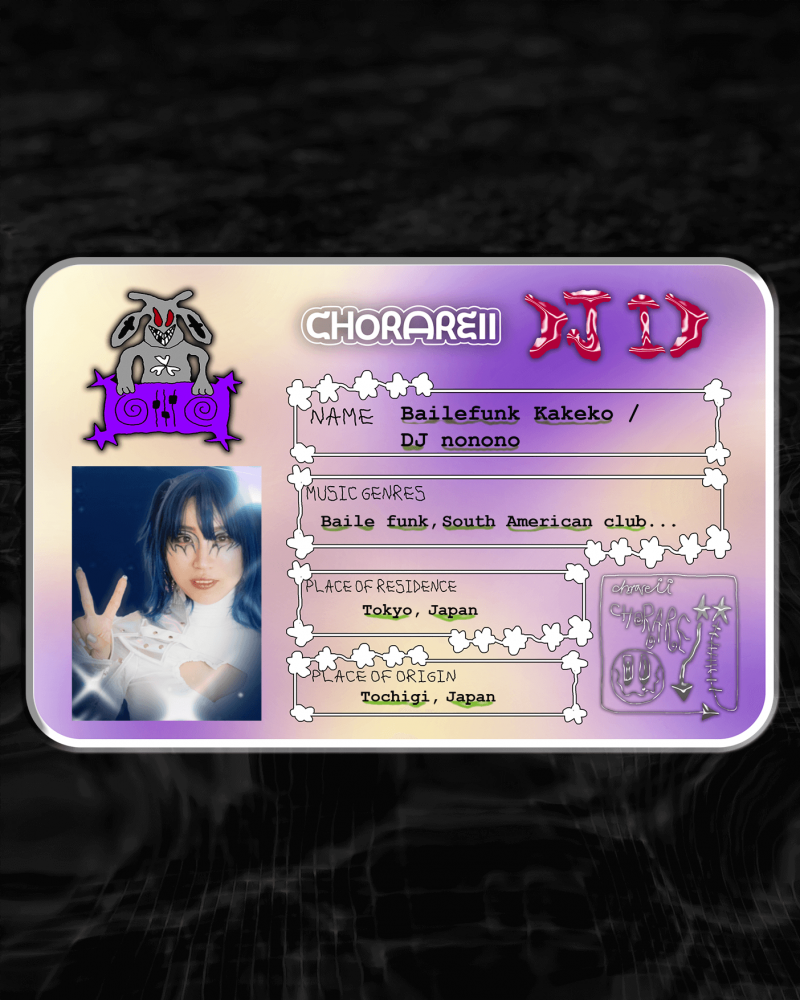 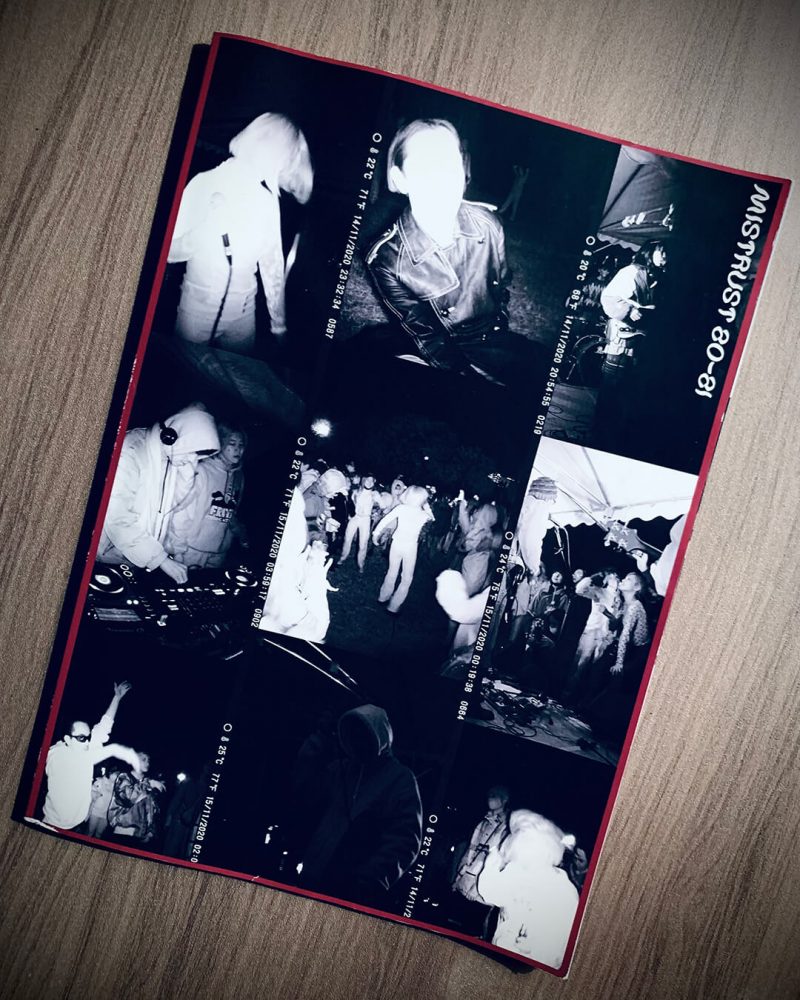 Created by members of the scene, the fanzine documents musical events and projects brought to life by a new generation of independent creators. 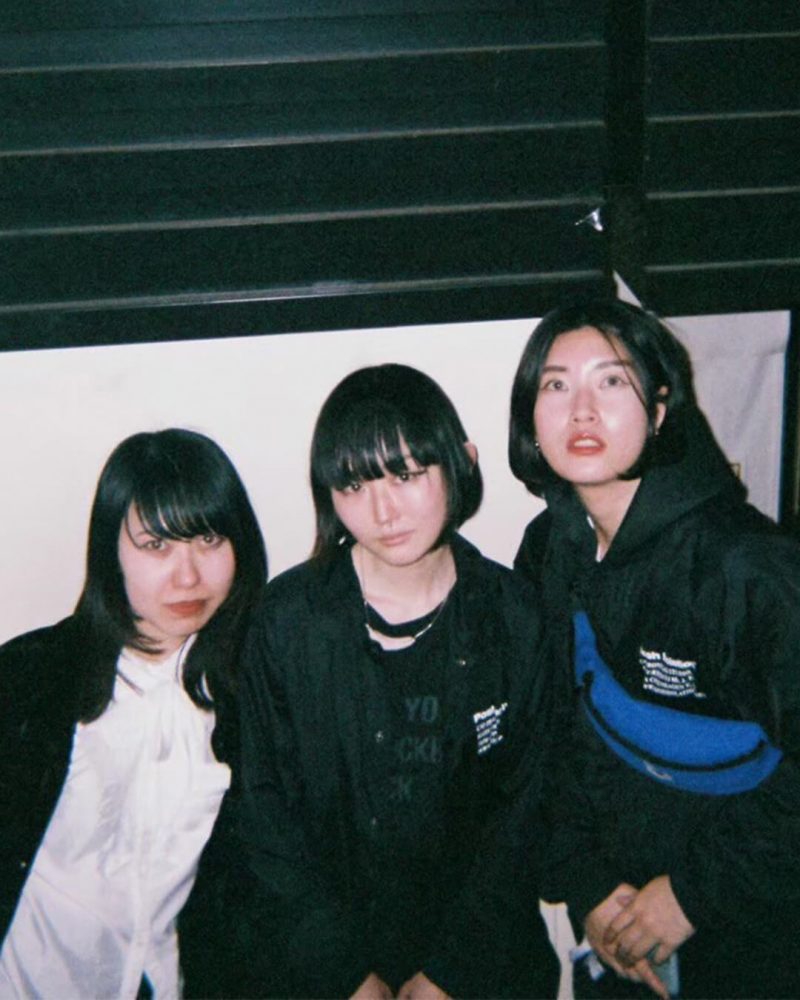 Ms.Machine Make Punk Because Femininity is (also) Insubordination and Darkness

Their first self-titled album is cold and solid for both its Nordic-inspired sound and its gender claims. 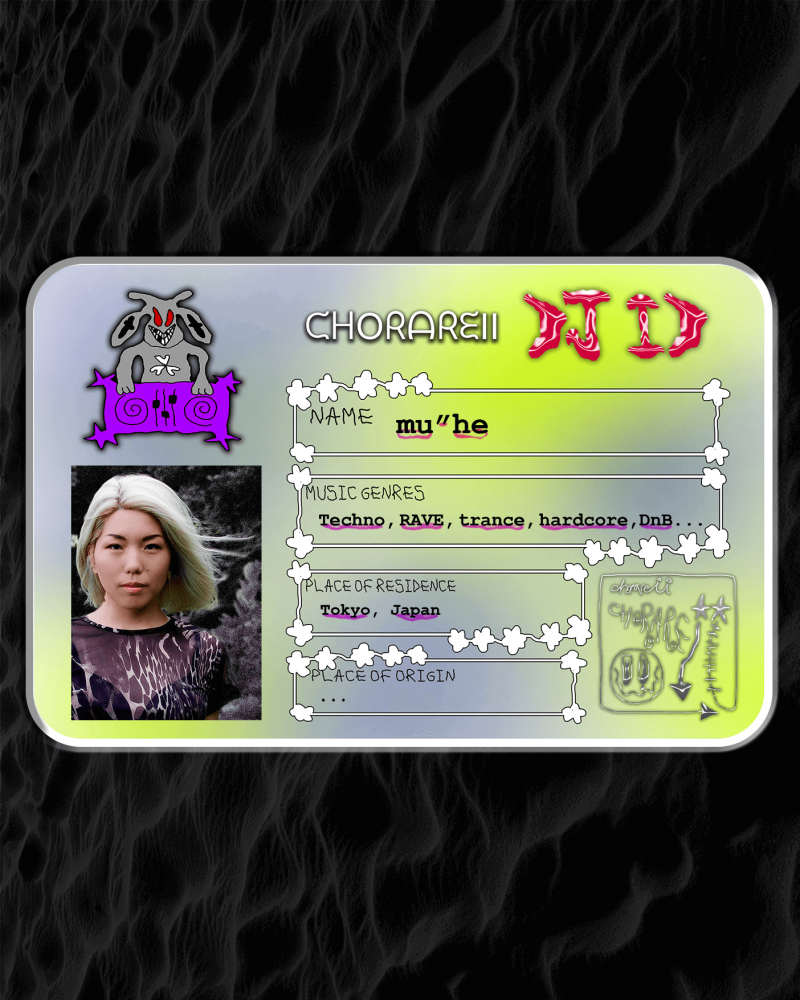 «You have power, you can change the world. Art is the soil that nurtures the will of youth. Clubs and parties are art, so as DJs, it’s our role to provide that environment.»
Total
0
Share
0
0
0
0